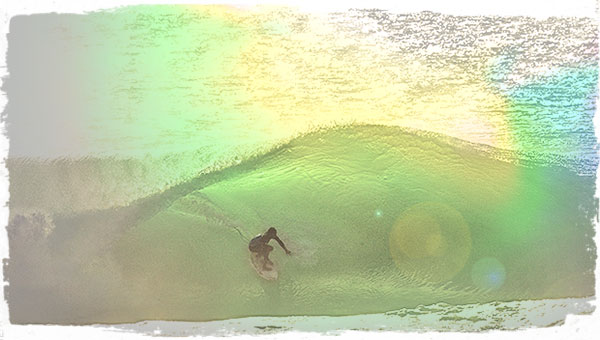 Torquay, Victoria/AUS (Wednesday, July 6, 2016) – Rip Curl and the World Surf League are excited to announce they will be teaming up as part of the 2016 Rip Curl Cup Padang Padang at the wave also known as the ‘Indonesian Pipeline’ on Bali’s beautiful Bukit Peninsula.

It will be the first time the WSL have been apart of the event, which is running for its 13th year. In a unique format, the WSL ‘Specialty Event’ will have a waiting period that will run for the entire month of August. The event itself only takes one day to run, meaning contest directors have a month to pick the most perfect swell and dreamy conditions to run Bali’s ultimate tube-riding contest.

Being the longest running professional surfing contest in Indonesia, having the WSL on board as a sanctioning partner was a no-brainer according to Rip Curl Southeast Asia Marketing Manager James Hendy.

“Since day one, the Rip Curl Cup has been committed to three basic principles: the world’s greatest tube-riders, competing at Bali’s premier wave, on the best swell of the year,” Hendy said. “It was only natural for the Rip Curl Cup and the WSL to join forces. Through their expertise and global media network, we’re looking forward to bringing the magic of Padang Padang to an even wider global audience in 2016.”

Local surfer and Padang Pagang standout Garut Widiarta is the defending Rip Curl Cup champion. Although dominating during every swell at his home break, Widiarta is always nervous about taking on the best tube-riders on the planet.

“I’ve been lucky to surf in every single Rip Curl Cup, and somehow the talent level continues to go up every year,” Widiarta said. “Every year I’m freaking out about competing against these guys at my home break and the opportunity to represent Indonesian surfing on the global stage. Every surfer in this contest is a threat to win it. Without a doubt this will be the most difficult event of the year for me, but I wouldn’t have it any other way. You want the chance to defend your title against the very best in the world.”

The name Ho in surfing is synonymous with threading huge barrels, particularly on The North Shore of Oahu, Hawaii. In recent years, one of the youngest of the Ho dynasty, Mason, has been a standout during the Indonesian swell season. It is no surprise then that he will compete in his first Rip Curl Padang Cup in 2016.

“I still remember the last time the CT came to Padang for the Rip Curl Pro Search in ’08 and watching the performances by Bruce and Andy Irons – and of course Kelly Slater’s switchfoot transition in the barrel,” Ho said. “As a fan of surfing, I’m excited the Rip Curl Padang Cup is officially bringing WSL competition back to the Balinese Pipeline. As an athlete, I’m even more excited to be competing this year. An invitation to the Rip Curl Padang Cup is one of the greatest honors you can receive.”

“In the same way Hawaii is the spiritual home of big-wave surfing, Indonesia is like the spiritual home of tube-riding. That’s a big part of the allure of the Rip Curl Padang Cup,” Ho said. “Just look at the list of past winners, guys like Chris Ward and Jamie O’Brien, and living legends from Indonesia like Lee Wilson and Garut. If you can win this contest, you’ll be recognized as one of the craziest tube-riders of all time.”

New for 2016, the Rip Curl Cup will feature the most exclusive field in event history: just 16 invited surfers; eight of Indonesia’s finest and eight of the world’s elite. The official invite list will be announced on July 18th.

Contest organisers have adjusted the event format in 2016, so that after the two opening rounds, all heats will be man-on-man to eliminate hassling for waves and ensure that it’s all about who can come out of the craziest barrels. With the unknown variables involved in surfing contests and dealing with nature and the ocean, the new Rip Curl Padang Cup format will ensure a fairer playing field and increased opportunity for action.

“We continue to refine the Rip Curl Padang Cup, and this year that means tweaking the format of the opening rounds to guarantee each surfer gets to surf at least two heats at Padang, Hendy said. “This means no one-and-done surfer exits because of bad luck or freak variables. Most importantly, it means fans around the world will get to watch their favorite surfer, whether it’s Bruno Santos or Bruce Irons, get dialed in at Padang and see just how deep in the barrel they can push themselves.”

The 2016 Rip Curl Cup Padang Padang will be webcast live to the world at Live.ripcurl.com and Www.WorldSurfLeague.com or check out the WSL app. Fans can also visit both sites to check real-time contest status and video updates from Bali.