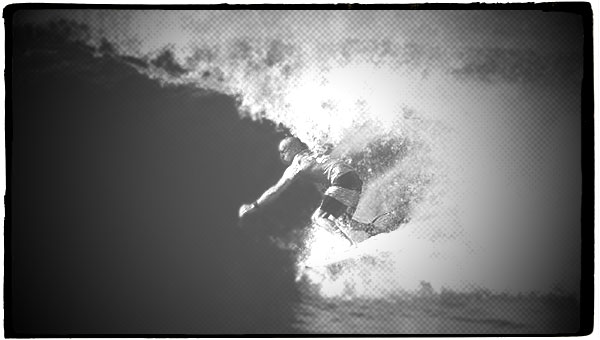 ABC today announced the network pickup of new competition series “Ultimate Surfer.” The eight-episode series will gather some of the world’s greatest up-and-coming surfers to train and live together as they battle it out at the World Surf League’s (WSL) state-of-the-art Surf Ranch in Lemoore, California, powered by Kelly Slater’s man-made wave technology, in the hope of competing amongst the best athletes in the world’s fastest-growing sport. Production will begin in 2020 and an airdate will be announced later this season. Slater will serve as on-air talent and special correspondent for the show.

Alliances and rivalries will be front and center in “Ultimate Surfer” as men and women compete in individual and team challenges focused on specific surfing disciplines. Weekly eliminations will leave two men and two women as finalists who will vie for the male and female titles of the Ultimate Surfer and the opportunity to compete on the WSL World Tour, the pinnacle of professional surfing. Slater’s remarkable, one-of-a-kind, man-made wave – the most even playing field for measuring surf mastery – is at the heart of the series.

“In addition to being a globally recognized sport, surfing is also a lifestyle; and ‘Ultimate Surfer’ will give viewers a uniquely personal look at what goes into becoming a world-class champion. We’re ecstatic about the opportunity to utilize Kelly’s world-class surf facility and his expertise in showcasing these incredibly talented on-the-rise athletes,” said Rob Mills, senior vice president, Alternative Series, Specials and Late Night, ABC Entertainment.

“This is an unprecedented opportunity for two surfers (one man, one woman) to win an opportunity to compete against the best surfers in the world on the WSL Tour,” said Slater, who will be the lead consultant for the series. “This will put some of the best up-and-comers against each other in a more direct way to see who stands above the rest, and Surf Ranch is obviously a great venue to use for ‘Ultimate Surfer.’ I’m excited to watch how they step up to the challenge.”

The series comes out of the multiplatform co-development partnership between Pilgrim Media Group and WSL Studios, announced earlier this year.

“Ultimate Surfer” is produced by Lionsgate’s Pilgrim Media Group and WSL Studios. Pilgrim CEO and President Craig Piligian, WSL Studios President of Content and Media Erik Logan, and UFC President Dana White serve as executive producers. Surfers interested in being a contestant on the show must be 21 or older and can apply at www.UltimateSurferCasting.com, where more details are available.

A division of the World Surf League, WSL Studios is a content creation engine, committed to delivering a broad range of high-quality surfing competition and community storylines to the world. The content is transformative and celebrates surfing, human potential, and the ocean.

The WSL is the global enablement platform for surfing and surfers around the world, and has been dedicated to celebrating the world’s best surfing on the world’s best waves since 1976, annually running more than 180 global events across the Men’s and Women’s Championship Tours, the Big Wave Tour, Redbull Airborne, Qualifying Series, Junior and Longboard Championships, as well as the WSL Big Wave Awards. The League possesses a deep appreciation for the sport’s rich heritage while promoting progression, innovation, and performance at the highest levels.

ABC Entertainment airs compelling programming across all day parts, including “Grey’s Anatomy,” the longest-running medical drama in prime-time television; riveting dramas “The Good Doctor,” “How to Get Away with Murder,” “A Million Little Things” and “Station 19”; the Emmy® Award-winning “Modern Family” and trailblazing comedy favorites “American Housewife,” “black-ish,” “Bless This Mess,” “The Conners,” “The Goldbergs,” and “Schooled”; the popular “Summer Fun & Games” programming block, including “Card Sharks,” “Celebrity Family Feud,” “Holey Moley” and “Press Your Luck”; star-making sensation “American Idol”; reality phenomenon “Shark Tank”; “The Bachelor” franchise; long-running hits “Dancing with the Stars” and “America’s Funniest Home Videos”; “General Hospital,” which has aired for more than 55 years on the network; and late-night talk show “Jimmy Kimmel Live!”; as well as the critically acclaimed hit special ”Live in Front of a Studio Audience: Norman Lear’s ‘All in the Family’ and ‘The Jeffersons.’” The network also boasts some of television’s most prestigious awards shows, including “The Oscars®,” “The CMA Awards” and the “American Music Awards.”
ABC programming can also be viewed on ABC.com, the ABC app and Hulu.