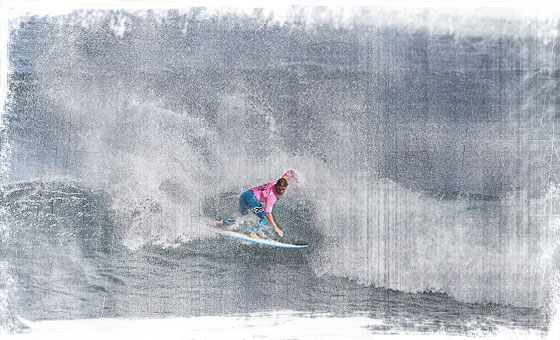 “I’ve been coming to Margaret River since I was 13-years-old. It’s right up there with home and the North Shore for my favourite places” said Hobgood on the podium.

“Thank you to the West Australian government, it’s so awesome that you get behind surfing like this, Back home surfing is so small.

“It wasn’t really much of a final – I’m sure Yadin is bummed, it would have been great to battle it out- I saw that it was getting smaller and just wanted to go out and get some scores under my belt – I stuck to my game plan and it worked.”

Hobgood earned US$40,000 and 6,500 valuable ratings points for his win and moved him to 10th position on the ASP World Rankings.

Following a hectic week that saw the swell size peak at five-metres, the greatest challenge for competitors on the final day was to find any rides at all. And in the 30-minute decider, Hobgood got the jump on the local crowd favourite by clinching two early scoring waves.

Nicol, surfing his maiden final, was forced to play catch-up but with Mother Nature calling the shots, was never in the hunt.

“What can you do? If the waves don’t come to you, you can’t be too bummed. – Damo got busy at the start and then it pretty much over from there.

“I was looking at the waves he was going for thinking, are they even waves? So I waited and nothing bigger came.”

Hobgood ran away with the win, finishing on a two-wave combined total of 12.83 points to Nicol’s low 6.94 points.

Nicol’s runner-up finish is a career-best result for the 26 year-old, and he has rocketed up 30 places on the ASP world ratings ladder, and now sits just outside the all-important mid year top-32 cut-off.

Cardoso’s final hopes were dashed in the early moments of his semi when he suffered an interference penalty versus Nicol. With one of his two scoring waves halved, Cardoso was never a threat to the Australian and was forced to settle for equal 3rd place.

The next event on the second tier ASP Men’s Prime event calendar is the Nike Lowers Pro, to be held at Trestles in California beginning May 3rd.

While the sport’s biggest names will compete at event #2 on the ASP World Title Tour, The Rip Curl Pro, which begins at Bells Beach, Victoria in just over a weeks time (April 19-30).