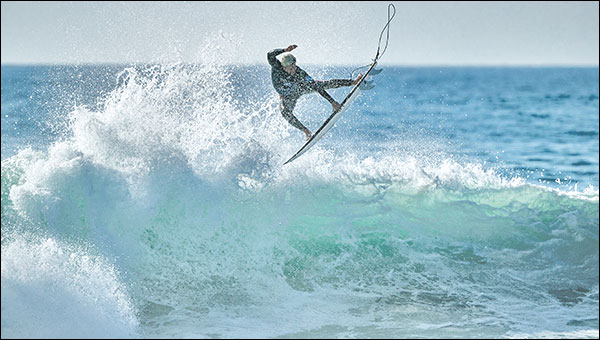 Stop No. 9 on the women’s CT and 10 on the men’s CT, the MEO Rip Curl Pro Portugal, witnessed incredible performances and major Title Race drama, culminating today with Ferreira’s and Marks’ victories.

“That was so sick, I’m so glad to go back-to-back and win again,” said Ferreira. “Congrats to everyone. I’m so happy, what an amazing event. It has been so special for me the last couple of months, I’m so happy with myself and my team, it’s been amazing. That air was unreal and I’m so glad I landed it, it was a special heat for me against Jordy (Smith) who’s one of the best competitors. Hawaii is going to be fun for sure. The race is open and I need to learn a little bit more, but let’s try!”

Italo Ferreira (BRA) came into this year’s MEO Rip Curl Pro Portugal as the defending event winner with a target on his back but once again rose up through the rounds on Finals Day with a performance for the ages to claim back-to-back wins in Peniche. This result marks the Brasilian’s career’s fifth event win and the second this season after the Quiksilver Pro Gold Coast back in April. With two runner-ups more recently in J-Bay and France, Ferreira will take hold of the rankings lead and yellow Jeep Leader Jersey heading to the Billabong Pipe Masters.

While Smith chipped away with a couple of average scores early on, Ferreira came out swinging in the Final, posting a Perfect 10 in the first five minutes of the heat. The high-flying Brasilian, who built up momentum since the Quarters this morning, launched into a massive backhand full rotation, perfectly landed in front of the wave’s explosion to get the crowds to erupt on the beach. He then proceeded to fly away on his forehand and backed up his main score with a 7.83 (out of a possible 10) to put pressure on the South African.

Ferreira went on to extend his lead with another big rotation on his backhand as Smith looked at finding two new scores for an 18.43 (out of a possible 20) combined total with 15 minutes on the clock. As time continued to run down, Smith couldn’t find the waves he needed and Ferreira walked away with the win.

Jordy Smith (ZAF)’s road to his third Final appearance in Peniche included epic performances to eliminate World No. 5 Kolohe Andino (USA) and No. 6 Kanoa Igarashi (JPN) in the Quarters and Semifinal. Smith came back in the dying minutes of his Semifinal matchup against Igarashi with an incredible forehand full rotation to post a 9.33 and belt his ticket for the Final. While the Portugal event win still eludes Smith in 2019, his excellent result comforted his 3rd spot on the Jeep Leaderboard with less than 2,000 points separating the Top 4 surfers, making it one of the closest Title Races in the history of professional surfing.

“You want the best in the world when they’re at their best and that was him right there,” said Smith. “Congratulations to Italo (Ferreira), he surfed unbelievably. I kind of needed to start sticking some big airs but I’m psyched to bring it on to Pipe. My training will be pretty much to spend as much time out there as I can and work on my boards and my physical body and that’s really all you can do, show up on the day and be ready for it.” 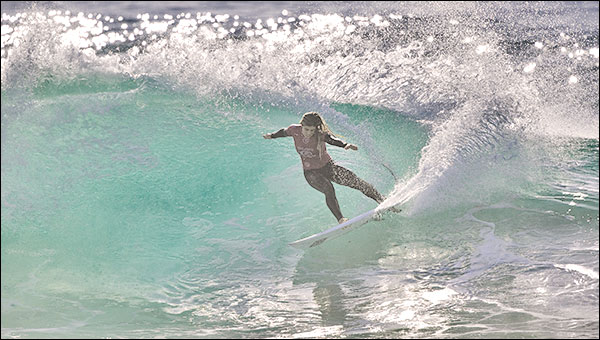 Caroline Marks Closes In on Jeep Frontrunner with Portugal Win

Caroline Marks (USA), the 17-year-old surfing phenomenon, showed once again that she is a major threat to the world’s best surfers and now has a shot at a maiden World Title in only her second year on the elite Tour heading into the Hawaii Pro in Maui next month, starting November 25.

“That was incredible I’ve been dreaming of making a Final against Lakey (Peterson) and we’ve been talking about it since I started working with Mike (Parsons),” said Marks. “I just want to say thanks to her for pushing me so much, I wouldn’t be here without her. That was super fun, I’m so stoked this is the best year of my life and I can’t believe it!”

Marks claimed a second event win this season (after the Boost Mobile Pro Gold Coast) in only her second season on the Championship Tour to get even closer in the World Title race conversation. The young sophomore eclipsed seven-time WSL Champion Stephanie Gilmore (AUS) in the Quarters before eliminating Tatiana Weston-Webb (BRA) in the Semis and Peterson in the Final. The Floridian came in ranked fourth on the Jeep Leaderboard and will leave Europe in third position after a runner-up in France and the win in Peniche.

“I’m just trying to live in the moment but staying in the Title Race is the goal,” she added. “I want to go all the way for sure, that’s so exciting. I’m not going to change anything, I’m just going to surf all day and have fun.”

Marks got the nod in the first half of the women’s Final, nailing a couple of good turns on her lethal backhand to build a healthy 12 point total and push Peterson against the ropes early on. The 17-year-old stayed patient in the lineup while Peterson scoured the beach for opportunities and once again Marks got the better of the next exchange to improve her lead and put Peterson in a combination situation.

Lakey Peterson (USA) has arguably been one of the strongest surfers in the back half of the 2019 Championship Tour season, posting an equal 3rd, two runner-ups and a win in the last four events to tighten up the World Title race before the last event of the season. In a remake of their Roxy Pro France Semifinal, Peterson this time eliminated the Jeep Frontrunner Carissa Moore (HAW) to make her way in the Final today. She solidifies her second spot on the Jeep Leaderboard and narrows down the Title Race to less than 3,500 points between her and Moore.

“It’s almost like I put too much into that Semifinal and ran out of fuel in the Final,” said Peterson. “There is so much on the line for everyone right now, and I was just so stoked to have a heat with Carissa again in conditions that were a bit better. I was so stoked to make the Final with Caroline, we surf a ton together and she’s pushed me a lot so I just want to say congratulations to you, Caroline, you really deserved it.”

The women’s second Semifinal was arguably the most important heat of the whole season between Jeep Frontrunner Carissa Moore (HAW) and World No. 2 Peterson. In a remake of their Roxy Pro France Semifinal matchup, this time it was the Californian who got the upper hand early with her attack of the Supertubos lefts to put pressure on Moore. In an unusual turn of events, the ever-so composed Hawaiian seemed affected by the tension as she made a couple of priority mistakes and couldn’t complete her waves, chasing a mid-range 6.74 (out of a possible 10).

With a third equal 3rd place finish this season, Moore retains the Jeep Yellow jersey heading into the final event of the season, but the gap with Peterson and Marks has melted slightly with the two Americans’ results today. The domination of the three compatriots atop the Jeep Leaderboard marks a historic first in 38 years, since the Margo Oberg (HAW), Liz Benavidez (USA) and Brenda Scott-Rogers (USA) era in the 1981 season.

The second men’s Semifinal was more of an air show between Ferreira and injury replacement surfer Caio Ibelli (BRA) as both surfers took the debate above the lip, throwing caution to the wind to send and land massive aerials. Eventually Ferreira’s 15.43 (out of a possible 20) was enough to advance into the Final over Ibelli’s 14.86. Coming to Portugal ranked 23rd on the CT, Ibelli’s result in Portugal rockets him up to 16th on the Jeep Leaderboard. He is now looking strong to have a seat at the CT table in 2020.

“What a gift,” said Ibelli. “I showed up here in 23rd and wasn’t in a good spot, everybody was ripping. It feels like when you go down it’s so hard to reach up, but so much happened during this week and I’m just super blessed to finish in the Semifinals. I really needed this result, now I can go to Pipe and have fun and try to finish my best year on tour so far.”

With the completion of the MEO Rip Curl Pro Portugal, the Jeep Leaderboard has once again been re-shuffled, here are the new current Top 5:

The 2019 CT season will culminate in Hawaii with the Hawaii Pro for the women from November 25 – December 6, and the Billabong Pipe Masters for the men from December 8-20.