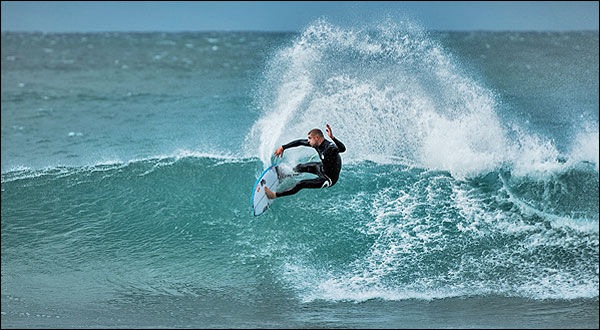 Jeffreys Bay, South Africa (Tuesday, June 28, 2016) – The world’s best surfers are converging on South Africa for Stop No. 6 on the 2016 Samsung Galaxy WSL Championship Tour, the J-Bay Open, which will take place at the world-renowned righthand pointbreak of Jeffreys Bay from July 6 – 17, 2016.

Mick Fanning (AUS), three-time WSL Champion, will return to the event this season after becoming the subject of international headlines during last year’s event where he was attacked on live television by what is believed to be a 12-to-15-foot Great White Shark. The attack took place during the Final heat of the event as Fanning was waiting for his opening wave. Both Fanning and fellow Finalist Julian Wilson (AUS) survived the ordeal, with the event ultimately called off, and went on to compete throughout the remainder of the year.

Following a season that involved the shark attack, a world runner-up finish and the tragic passing of his brother, Fanning is taking a personal year in 2016, surfing in only select events. However, the Australian icon has committed to returning to Jeffreys Bay, an event he has won three times (2002, 2006, 2014).

“When I decided I was only going to do a few events this season, J-Bay was always on the cards,” Fanning said. “Even if I decided I didn’t want to surf in the J-Bay Open, I was always going to go back. I’ve had so many great memories there that to leave J-Bay on the note from last year just didn’t seem right. I want to go back and right the wrongs and move forward.”

The WSL has enhanced its surveillance and response capabilities for this season’s event with additional water patrol in the lineup and is augmenting with emerging sonar technologies to increase information available to event officials.

“I trust the WSL and the measures they’ve put in place,” Fanning said. “It is, however, one of those things where it is the ocean and, ultimately, there is not a lot anyone can do. I’m thinking positive and looking forward to coming back. The first surf is going to be a little bit tricky to get through my head. I’ve surfed lots of different places and have seen sharks since then and haven’t felt too concerned. It’s all part of surfing. We’re not going to go out and put a cage around J-Bay. We want to surf the wave and keeping everyone safe is a collective thing between the WSL and the surfers.”

Much speculation has occurred regarding whether the three-time WSL Champion will return to full-time competition at the end of the season. As of the J-Bay Open, Fanning remains undecided about plans for this year and beyond.

“2016 has been really fun to have some time off and do different things,” Fanning said. “It’s been really fulfilling for me personally to go to places where I haven’t been able to before. I’ve made an effort to distance myself from the tour. As far as 2017 goes, I couldn’t tell you right now – whether I’ll be back or not full time. I probably couldn’t tell you what’s going to happen in a month. I don’t know. I’m enjoying the freedom of doing different things and having no schedule right now.”

Fanning is currently seeded into the opening heat of Round 1.

The J-Bay Open has a competitive window from July 6 – 17, 2016 and will be webcast LIVE on WorldSurfLeague.com as well as the WSL app.