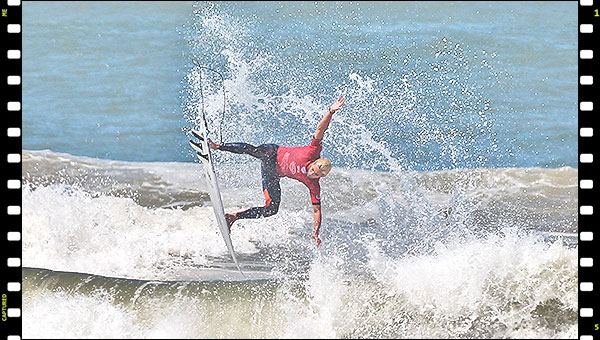 The 23 years old Jorgann Couzinet (FRA) has won the WSL European title by accessing at the 4th round of Anfaplace Pro Casablanca (QS 1 500) in Morocco this Friday.
Couzinet, who had his most consistent season on the Qualifying Series to date, secured the European Title with three runner-up results in Netanya, Zarautz and Anglet, as well as his first-ever win in Pantin a couple of weeks ago.

“I fought hard to win this title because last year I missed out on it for almost nothing,” Couzinet said. “I’m super happy to finally win the European title! I’ve been working so hard to try to qualify for the CT and the European title was on the checklist of a good season, so now on to the next big goal. With everything going on in Reunion Island right now, I’m very happy to offer them that trophy and I hope I can make them even prouder with the qualification.”

Jorgann Couzinet was born at 10.17.1993 in Saint Lizier at the Ariège départment on the right bank of the Salat river but grove up at La Réunion Island. Even he loved to surf at his home-spot les aigrettes, he hat to move four years ago cause of the “shark crisis”, that make nearly impossible to surf there, and lives now in Seignosse (Les Landes) in south-west France. His actual home-spot is Le Penon.
After his seventh place in 2015, Jorgann Couzinet missed to win a heat to secure the 2016 european title, so he reached the second place. This year’s title will certainly push his surfer career and help him to reach a place on the WSL Contest Tour (CT).