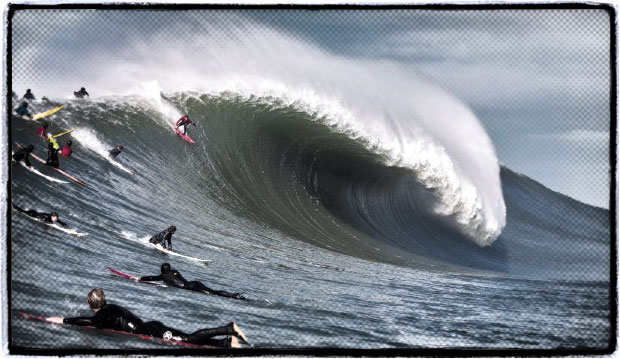 Half Moon Bay, California/USA (Monday, October 9, 2017) – The World Surf League (WSL) is pleased to announce an agreement with Titans of Mavericks and Cartel Management in which the world-famous Mavericks in Northern California will join WSL Big Wave Tour through 2021.

“We’re very pleased with this opportunity to work with the big wave community in bringing the Mavericks event to life on the international stage,” Sophie Goldschmidt, WSL CEO, said. “The League has always held a high amount of respect for the both venue and its community as one of the pillars of big wave surfing. The WSL intends to continue to run the Mavericks event and celebrate the stories of those who steward and surf it through the Big Wave Tour. This is a huge moment for both the organization and the sport of surfing.”

Surfing competitions have run under various structures at Mavericks since 1999, with Cartel overseeing the event starting in 2014 with the formation of Titans of Mavericks. The Titans of Mavericks event ran successfully in 2016, won by Nic Lamb (USA), and the company will continue to produce premium lifestyle goods and services as well as media content under the “Titans of Mavericks” brand.

“My primary vision in founding Titans of Mavericks was to allow these special athletes the platform and ability to have a successful career,” Griffin Guess, Titans of Mavericks Founder, said. “The event and brand I created generated a global audience for the event unlike anything before and I look forward to the WSL and their leadership continuing the success of the athletes, the event and the Maverick’s community at large.”

Formed in 2009, the Big Wave Tour joined the WSL in 2014, producing historic performances at never-before-contested venues such as Nazaré in Portugal and Pe’ahi on Maui’s North Shore. Monitoring swell systems and weather patterns throughout the season, the Big Wave Tour only runs events when surf reaches the 30-foot-plus mark, mobilizing on 72 hours’ notice with an international field of Big Wave men’s and women’s athletes.

“Every big wave surfer and fan on the planet knows that Mavericks holds a special place within this community,” Mike Parsons, WSL Big Wave Commissioner, said. “It’s one of the best big wave locations in the world and the opportunity to put it alongside Puerto Escondido, Nazaré and Pe’ahi is massive for the Big Wave Tour. After discussion with the athletes and the Senior Management team, including it in this year’s season was a no brainer. We’re all thrilled at the opportunity to run an event there.”

The 2017/2018 WSL Big Wave Tour has completed its first event of the season with Kai Lenny (HAW) winning the Puerto Escondido Challenge in Mexico. After discussion between Senior Management, the WSL Commissioner’s Office and BWT athletes, the WSL has decided to include Mavericks in the 2017/2018 season.