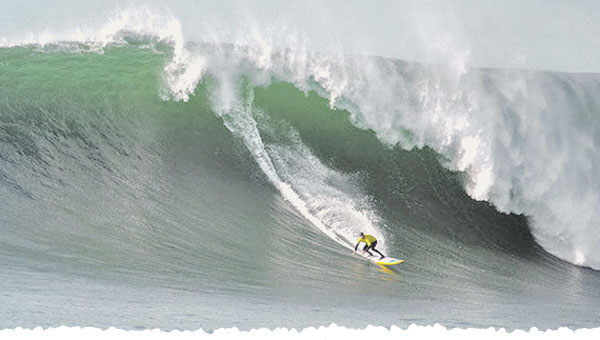 A world-renowned big wave reef situated outside of Oregon’s Lincoln City, Nelscott has hosted big wave competitions since 2010 and now exists as the sole qualifying event for the elite Big Wave Tour. The Nelscott Reef Trials welcomes a 24-man field of world-class athletes that will battle for four highly-coveted positions on the 2015/2016 Big Wave Tour (BWT).

“Nelscott has been a part of the Big Wave Tour for a few years now and it’s an ideal venue to host our sole qualifying event for the 2015/2016 season,” Pete Mel, Big Wave Commissioner, said. “We’ve seen some promising activity in the Pacific Northwest this year and we have a great field that will be contesting the event.”

The #ProveIt Video Trials were an open event with applicants submitting videos of their five biggest and heaviest waves from three venues with special consideration given for existing BWT venues as well as more recent footage. The Trials were judged by a panel of five including the Surfers’ Rep Greg Long, the reigning BWT Champ Grant Baker, Head Judge Kirk Tice, BWT Vice President Gary Linden and Commissioner Peter Mel.

About the World Surf League

The World Surf League (WSL) organizes the annual tour of professional surf competitions and broadcasts each event live at WorldSurfLeague.com where you can experience the athleticism, drama and adventure of competitive surfing — anywhere and anytime it’s on. The WSL sanctions and operates the following tours: the Junior Tour, Longboard Tour, the Qualifying Series (QS), the Big Wave Tour and the crown jewel of the sport, the WSL Championship Tour (CT) which determines the sport’s undisputed world champions. The organization is headquartered in Santa Monica, California with Commercial Offices in New York. The offices are supported by regional centers in Africa, Asia, Australasia, Europe, Hawaii, North America and South America.