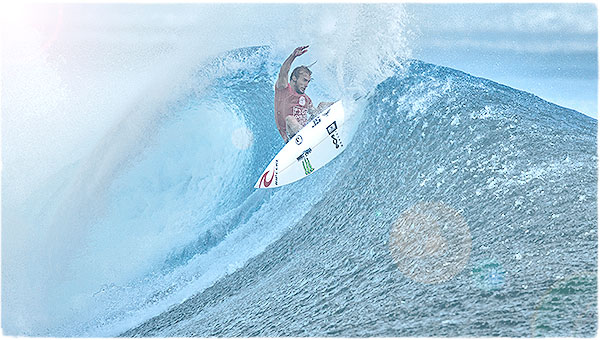 Coolangatta, Queensland/AUS (Tuesday, March 7, 2017) – After a year-long absence from competition, Owen Wright has just confirmed that he will accept the injury wildcard for the 2017 World Surf League Championship Tour. This comes after a long road to recovery from the serious head injury he suffered at Pipeline on Oahu’s North Shore in December of 2015.

“I’m so thankful for the support of my friends and family, my sponsors, the WSL and all the people in the community who sent positive thoughts to me throughout my recovery,” Owen said. “I’m feeling stronger every day and I’m very much looking forward to returning to the Tour and further honing my fitness and surfing throughout the 2017 season.”

Owen, who finished the 2015 CT season ranked fifth on the Jeep Leaderboard, made his return to competitive surfing last month at the Maitland and Port Stephens Toyota Pro QS 6,000. After a successful run in the competition, he and his camp decided that it was time to rejoin the world’s best.

His first CT event will be the Quiksilver and Roxy Pro Gold Coast, which gets underway on March 14th, 2017.

“It’s been an interesting road to recovery for Owen,” says Neil Ridgway, Rip Curl’s Chief Brand and Marketing Officer. “He’s gone through many different phases since the accident at Pipeline in 2015.

“Sometimes none of us knew what would happen with him, but we kept the faith in the hope that he would return to elite WSL competition as soon as possible. He had terrific support from Dr Paul McCrory and Dr Drew Slimmon throughout and we are indebted to them for the advice and care they gave Owen.

“It was quite a happy emotional day in February to sit with Owen and hear Dr McCrory say ‘Owen, you are a guy who had a brain injury, but that is now all behind you.’ You could not have wiped the smile off our faces with a cricket bat.

“Surf more, think less and everything you achieve in 2017 is a result. That is the message to Owen from Rip Curl this season. We have high hopes but no expectations, and we’re right behind him.”

Owen’s younger sister Tyler, the reigning WSL Women’s World Champion, and his younger brother Mikey, will both be competing alongside their brother at Snapper Rocks.

Watch the 2017 Quiksilver and Roxy Pros starting from March 14.