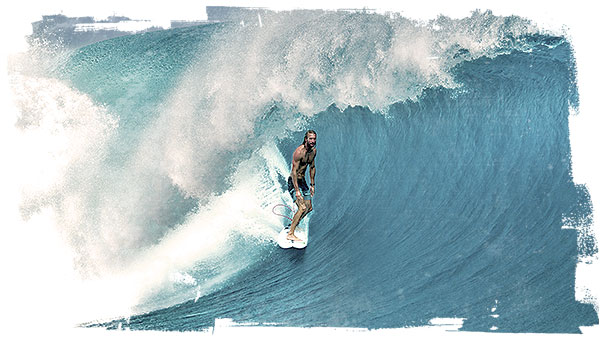 Owen Wright Withdraws from Opening Half of 2016 WSL Season

A WSL Title contender in the 2015 race, Wright suffered a serious concussion in the lead-up to the final event of the season, the Billabong Pipe Masters in Memory of Andy Irons, at the world famous Banzai Pipeline.

A standout in the warm up sessions ahead of the event, Wright was mowed down by a sizable swell on the morning of December 10 with the impact causing a serious head trauma. Withdrawing from both the event and the title race, Wright remained under medical observation in Hawaii before traveling back to Australia to receive ongoing treatment.

“It’s disappointing to have to withdraw from the opening events of the year, but the important thing is to ensure that I am 100% healthy for when I return to that level of competition,” Wright said.

“I’ve been working regularly with top specialists in the country and they’ve given me a lengthy rehabilitation time before I’m able to feel normal again and a period of time after that before they’re confident I can perform at the elite level without additional risk.

“Head injuries are tricky in terms of mapping out recovery time and it’s possible that I may not be able to pull the jersey on all year. I want to thank my family, friends, fans, sponsors and the WSL for their ongoing support.”

A standout wildcard performer even before his elite tour debut, Wright’s CT rise has been nothing short of meteoric. The Australian has been a consistent fixture at the top of the rankings, posting major wins in New York and in Tahiti.

Unfortunately, today’s announcement is not the first injury that Wright has suffered as a back issue saw the goofy-footer sit out most of 2013. Having recovered in sensational fashion once already in his career, supporters are hopeful that he will do so once again.

“The important thing is that he’s on the road to recovery and taking the appropriate time to ensure that he is 100% before returning to competition. While it’s unfortunate news for the sport and its fans, we’re fully supportive of Owen taking the time he needs and wish him a full and speedy recovery.”