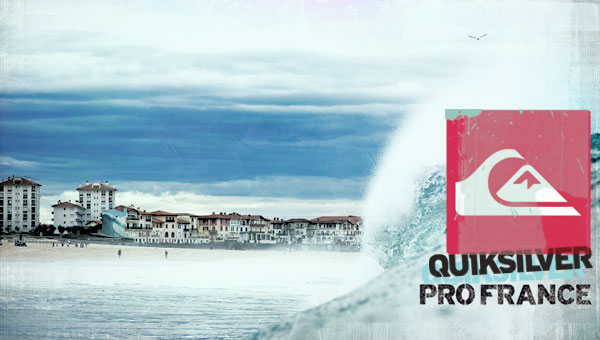 The best of world pro surfing in France

From October 6th to 17th, the World Surf League and its attendant surf stars arrive in France to compete at the country’s only stop on the Samsung Galaxy Championship Tour. Renowned for its formidable and unpredictable surf, the French event is one of the strong points of the tour. The sport’s best dream of adding it to their list of career victories. The world’s elite male and female surfers are eagerly awaited on the beaches of the Landes area in the Southwest of France in the towns of Seignosse, Hossegor, and Capbreton to compete conjointly in: the Quiksilver Pro France. The defending champion, Hawaii’s John John Florence will try to defend their titles, while the French surfer Jérémy Florès respectively crowned at the US Open and in Tahiti, strive to put on a strong showing for the home crowd.

The Quiksilver Pro France is the 9th of 11 stops on the Samsung Galaxy Championship Tour. The 34 professional surfers who compete on the men’s elite pro surf circuit start their European journey in France, followed by a stop in Peniche, Portugal before heading off to Hawaii for the season’s final stop. South West of France is one of the World Tour surfers’ favorite locations due to the quality of the tubular surf in the Landes area and the culture as well as the typical cuisine. Spectacular and popular, this World Surf League competition is one of the most prestigious on tour. It generally offers the surfers exceptional conditions, sometimes bordering on too challenging to surf. It is also of major importance in the race for the World Championship title, which is usually reaching its climax at this point in the season.

The list of past winners of the Quiksilver Pro France reads like an authentic Hall of Fame of the pro surfing from the past 15 years. From Andy Irons (3 wins) to Mick Fanning (4 wins – the record) to Kelly Slater, the greatest in the sport have left their mark, as well as the top performers from the new generation like Gabriel Medina, the reigning World Champion or John John Florence, the winner of the 2014 edition. To win in the Landes, the surfers have to master many parameters: the diversity of the spots, and the variability of the waves subject to multiple variations depending on the currents, the sand banks, the winds and the tides…

The Reunion islander Jeremy Flores has found his form again and is back surfing his best after a few seasons in a slump. His 3rd place finish in Fiji, coming off of 2 finals in a row in QS 10,000 events (qualifying circuit for the Championship Tour) have helped him regain his confidence and a spot at the top of the world ranking list. After his absence at J-Bay due to an injury to his face, the Frenchman made a fantastic comeback in Tahiti where he defeated Gabriel Medina to win the event. Now ranked n°7 on the Jeep leaderboard, his ultimate objective is to score a major result in home waters in front of his fans.
Michel Bourez appreciates the massive and oftentimes dangerous waves which have made the beach breaks of the Landes coast legendary. The powerful Tahitian has made a habit of performing well here – his worst result since 2008 is 9th place! – and he is also known for taking one of the worst wipeouts in the history of the event in 2010…
Absent from the events in Rio and Fiji due to a broken hand, he rejoined the circuit in J-Bay. Later in his backyard at Teahupo’o, he lost in the second round. He is now counting on securing solid results in the Landes.

The best waves for the world’s best surfers

The particularity of the Quiksilver Pro France and Roxy Pro France is the exceptional playing field at its disposal, with a few dozen kilometers of the best world class beach breaks that the Landes area has to offer. Seignosse, Hossegor and Capbreton have an incalculable number of world class spots including Les Estagnots, le Gardian, les Culs Nus or la Gravière which have all hosted the event at one time or another.