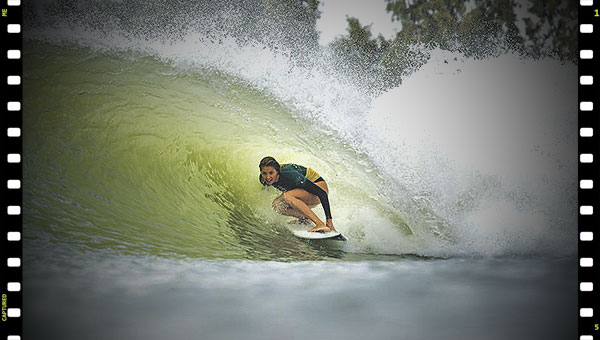 WSL CEO Sophie Goldschmidt announced equal pay for men and women across all WSL controlled events, something that six-time World Champ Stephanie Gilmore described as, “Incredible, and I am thrilled. The prize money is fantastic, but the message means even more.”

“From the moment current ownership became involved, the situation for the women surfers has been transformed for the better in every way,” continued Gilmore. “We have been so appreciative, but this takes it to another level. I hope this serves as a model for other sports, global organizations and society as a whole. My fellow women athletes and I are honored and inspired to reward this decision with even higher levels of surfing.”

Eleven-time world champion Kelly Slater said, “The women on the Tour deserve this change. I’m so proud that surfing is choosing to lead sports in equality and fairness. The female WSL athletes are equally committed to their craft as the male athletes and should be paid the same. Surfing has always been a pioneering sport, and this serves as an example of that.” Kelly also said on the Players Tribune: “This decision by the WSL is a message to society — that equal prize money should be the standard. It should be the norm.”

“Being a father myself, trying to raise two strong, independent girls, to be able to send them out into the world knowing that they’ll be on equal footing and that surfing is a legitimate career path for them is really exciting,” added WSL Surfer’s Rep Buchan.

Then athletes took hold of the prospect of the Surf Ranch’s equal playing field for the first time in modern surfing.

“Everyone is going to have a very equal playing field,” explained Wilson. “Who can stomp their best waves, runs, whatever you want to call it, hopefully we’re going to see the level rise. Not a lot of opportunity, so we can all capitalize on them and put in a really good show. The platform is there to raise the roof and show something that hasn’t been seen.”