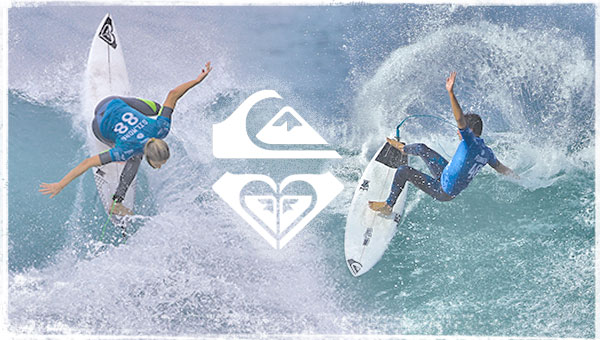 After battling the legendary waves of Teahupo’o in Tahiti, the world’s surfing elite is coming back to France! For the eighteenth year in a row, the best male and female surfers on the planet are getting ready to make the waves of the Landes region their playground of choice for the next stage of the Championship Tour (CT) of the World Surf League (WSL). Unique French stages on the professional circuit, the Quiksilver Pro France (men’s category) and the Roxy Pro France (women’s category), will be held simultaneously, from the 3rd to the 13th of October, in the towns of Seignosse, Hossegor and Capbreton in Nouvelle-Aquitaine, France.

Renowned for its spectacular surf conditions, the Landes stage has, over time, become one of the most prestigious stop on the professional tour. Owing a great deal to the famous sandbanks that give its waves their beauty and complexity on the CT circuit. This year, Alain Riou, the contest director, and representatives of the World Surf League have chosen La Nord d’Hossegor as the main location. The event also has a mobile unit ready to move to the nearby peaks, should conditions offer better waves for the world’s best.
“If the swell becomes big and La Nord gets really exciting, Quiksilver and Roxy Pro France will take place at La Nord, explains Alain Riou. Nevertheless, we always have to deal with the sandbanks, the swell and the tides. It is this particular characteristic, unique to the Landes coastline, which means that the competition might be brought to a neighboring beach. We have a little more time before we need to select the possible back up locations. We will make a decision a few days before the start of the competition. Right now we are thinking about opting for La Gravière and Les Culs Nus which, as everyone knows, have enormous potential. »

Organized activities will then take place between the Place des Landais and the main location of La Nord.

Providing the last opportunity to see the elite shine on the Aquitaine beachbreaks before the Tokyo Games, the Quiksilver Pro France and Roxy Pro France will, as always, prove crucial in the fight for winning the world title and remaining on the CT, but also in the race for Olympic qualification. There are a total of eighteen places to play for the Olympics.
The Top 10 men surfers and Top 8 women surfers will qualify directly from their CT ranking, with a maximum of 2 athletes per country.

Respectively 13th and 14th in the overall standings with the Brazilian Filipe Toledo in first place, Michel Bourez and Jérémy Florès – 5th in Tahiti – are playing for high stakes.
A great performance in the strong swells that sweep the coast of the Landes during the fall would not only consolidate their place in the Top34.
However, they will be sure to come up against some strong opponents. As well as Filipe Toledo, the South African Jordy Smith and the American Kolohe Andino, with eight podiums between them on this 2019 Tour, fierce competition will be provided by the Australian Julian Wilson, the reigning event winner, not forgetting the perennial threat Brasilian Gabriel Medina who is setting his sights on a fourth win in the Landes.

Another representative worth a follow is the Frenchman, Joan Duru. Although this local talent is unlikely to make it to Japan, a good result at Quiksilver Pro France would keep his dreams alive of continuing on the CT into 2020 for the fourth year in a row.

The scenario is exactly the same for Johanne Defay in the women’s competition. Tenth in a championship dominated by the Hawaiian Carissa Moore, the young surfer from La Reunion – 3rd in 2014 and 5th here last year – wants to secure her place in the Top17 while confirming her ticket for the Olympics. In search of a first podium this season, the French woman will come up against Carissa Moore, winner of the Roxy Pro France 2018 and well placed to win a fourth title at the end of the season, but also the formidable Australian duo of Sally Fitzgibbons and seven-time world champion Stephanie Gilmore.

Thanks to the success of the first edition held last year in Hossegor, this innovative and spectacular event entirely dedicated to aerial tricks, has become a circuit in its own right in 2019.

After the inaugural victory of Brasil’s Italo Ferreira on the Australian Gold Coast in early April, Australian Jack Freestone took the podium in mid-May, winning the second leg in Keramas, Indonesia. The third and final stage of the season will take place alongside the Quiksilver Pro France in early October. An opportunity for the best aerialists on the planet to knock the Brazilian Yago Dora, last year’s winner, off the top spot.

Throughout the summer, Red Bull Airborne has provided the best French hopefuls with the chance to win a wild card for the final stage that will take place alongside the Quiksilver Pro France.