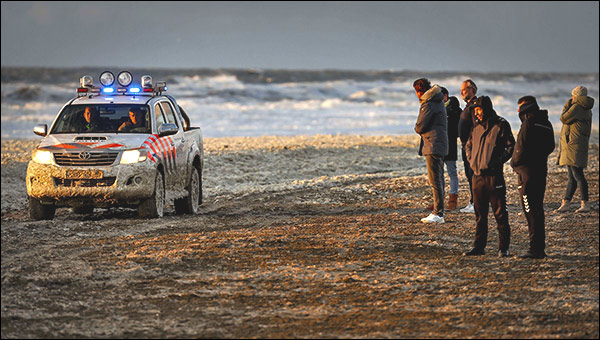 Five surfers and lifeguards have lost their lives at Scheveningen

Tragedy has struck along the coast of the Netherlands where at least five surfers are known to have died at Scheveningen beach near The Hague.

The incident occurred on Monday, May 11, when strong winds, challenging currents and a deep layer of sea foam moved in and surprised a group of approximately 10 surfers.

Five surfers drowned off the coast of the Dutch beach resort of Scheveningen after they were caught in strong winds and foamy waters, the local authorities said on Tuesday.

Rescuers from the Dutch Coast Guard began a search operation shortly after six surfers went missing Monday evening. Three people were rescued, two of whom were later pronounced dead. Two further bodies were found Tuesday morning, and one more was seen floating out to sea. The Coast Guard ended its search in the early afternoon and said it had not found that last person, taking the toll to five.

The deaths shocked the surfing community in the Netherlands and locals in Scheveningen, a district of The Hague about 30 miles southwest of Amsterdam. “When a group of people went surfing early in the evening, no one expected that some would not come home,” Johan Remkes, mayor of The Hague, said in a statement.

The rescue operation was complicated by strong winds and a rough sea, the Dutch Coast Guard said on Twitter. “There are still water sports enthusiasts active in the vicinity of our search area,” the service wrote Monday evening. “We call on them to leave this area as soon as possible.”

“The strong wind from a northern direction and strong sea current due to the spring tide made the joint search actions a tricky job,” explained the lifeguard service KNRM in a statement.

Those that lost their lives have been reported to be experienced surfers and included two surf school instructors/lifeguards. Their identities have yet to be officially released at this time.

“How can it be that people with so much experience and who knew this place so well came to die?” remarked The Hague mayor Johan Remkes at a press conference.

Other European countries have severely restricted outdoor activities during the coronavirus pandemic, but the Netherlands has taken a more relaxed approach, only asking people to stay at home as much as possible and to respect social distancing practices when outside. Many beaches are closed, but surfing has been allowed as long as surfers respect 1.5-meter distances according to the Holland Surfing Association.

Scheveningen is known as the best spot for surfing in the Netherlands. “The North Sea is a fickle bitch, but that makes it a special and rewarding playground,” said Yannick de Jager, a surfer based in Scheveningen.
Among the five victims, three are believed to be seasoned surfers who were professional trainers in open water swimming, according to NOS, a Dutch public broadcaster.

Our deepest condolences go out to all of friends, family and tight-knit Dutch surfing community at this time.