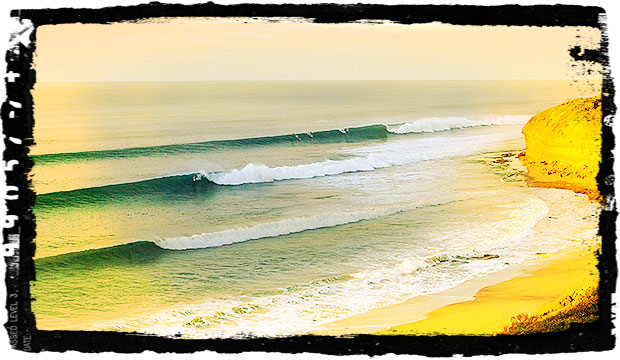 The Rip Curl Pro Bells Beach is the longest-running professional surf contest in the world, originally taking place in 1962. This season’s window, from March 24th through April 5th, will serve as the second of the three-stop Australian leg of the WSL Championship Tour and pick up from last week’s kickoff on the Gold Coast.

Wilkinson, who is into his seventh season competing against the world elite, collected his maiden CT win on the Gold Coast and wears the yellow Jeep WSL Leader Jersey at Bells Beach this coming week. Long regarded as one of the most naturally-talented surfers on tour, Wilkinson’s former aversion to training and fully leveraging his talents has been significantly reversed in 2016, in large part due to his relationship with coach, former CT surfer, Glenn Hall.

“We’ve found a good balance over the last few months,” Wilkinson said. “Glenn (Hall) has helped me realise that I don’t want to wonder if I could have done better on tour. I’m still having a lot of fun, but I’m taking better care of myself and that has translated into results. Hoping to keep it going at Bells and hope we get some fun waves.”

Wright, a yearly threat to the WSL Title since her CT inception in 2011, was untouchable at the opening event on the Gold Coast and has her sights firmly set on attaining the, as yet, elusive world surfing crown.

“I’m focused this year,” Wright said. “2015 was a bit of an off year for me and I’ve had a few close years on tour with regards to the title, but that’s my goal for my next few seasons. 2016 is off to a good start and I aim to keep it rolling at Bells.”

Adriano de Souza (BRA) and Carissa Moore (HAW), reigning WSL Champions, are also past winners at the Rip Curl Pro Bells Beach and will be dangerous when competition gets underway this week.

Mick Fanning (AUS), three-time WSL Champion and four-time Rip Curl Pro Bells Beach winner, has stated that 2016 will be a ‘personal year’ for him and he will take some time off following the Bells Beach event. The iconic Australian, however, is still considered a heavy favourite in the myriad conditions that Bells Beach can throw at competitors.

A number of injury withdrawals have shaken up the competitive draw at the Rip Curl Pro Bells Beach.

On the men’s side, Owen Wright (AUS), Bede Durbidge (AUS) and Alejo Muniz (BRA) remain out of action resulting from their 2015 injuries. Their positions will once again be taken by Adam Melling (AUS), Stuart Kennedy (AUS) and Sebastian Zietz (HAW) respectively.

On the women’s side, Lakey Peterson (USA) will be replaced by Bronte Macaulay (AUS).

The Rip Curl Pro Bells Beach will be webcast LIVE on WorldSurfLeague.com as well as the WSL app.