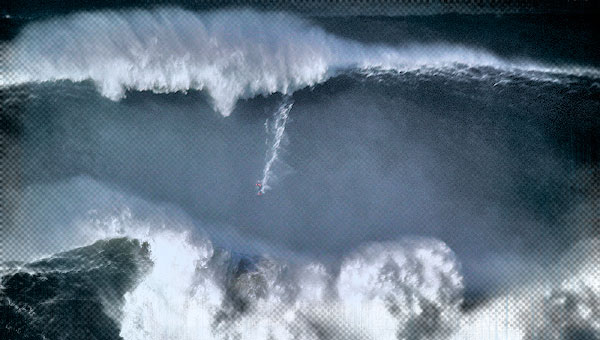 Los Angeles, California/USA (Tuesday, April 7, 2015) – The World Surf League (WSL) is pleased to announce the schedule for the 2015/2016 Big Wave Tour (BWT), showcasing the world’s premiere big wave surfers, the planet’s most harrowing venues and an unparalleled display of adventure, competitive drama and athleticism, all accessible at WorldSurfLeague.com.

Each featuring competitive fields of the 24 best big wave surfers in the world, the WSL BWT events cover seven different potential venues across three continents all anticipating waves in excess of 25-feet to run. With a global forecasting partner in Surfline, event organizers have allocated the following windows for the various events, only requiring one day of extraordinary surf to run:

“The Big Wave Tour is entering into its second full year under the WSL banner and the enhancements made to this upcoming season are designed with one goal in mind – run as many events as possible in the largest surf on offer,” Peter Mel, former BWT Champion and WSL BWT Commissioner, said. “The schedule is designed with this in mind and we’re excited about the addition of Puerto Escondido and Lincoln City as full-fledged members of the 2015/2016 BWT season. It’s never been a more exciting time for big wave surfing.”

Founded by renowned big wave legend Gary Linden in 2009, the BWT was acquired by the WSL in 2013 with the goal of bringing the planet’s best big wave surfers and some of the most treacherous big wave venues in the world to the largest audience possible.

“Last year was an excellent year in which we saw two BWT events run in Peru and the Basque Country and the emergence of a new World Champion in Makua Rothman,” Linden said. “The platform to which big wave surfing has been raised has been fantastic and we’re all committed to running the most events possible this upcoming season in the best surf possible.”

The BWT complements the WSL properties of the men’s and women’s Championship Tours, the Qualifying Series, Longboard and Junior Championships as well as the Big Wave Awards on May 1.

The Quiksilver Ceremonial at Punta Lobos in Chile is one week out from commencing its window on April 15.