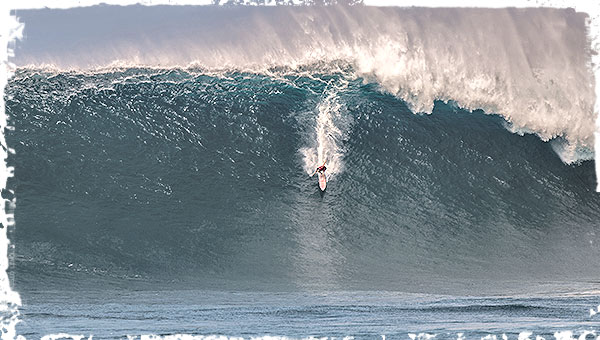 The World Surf League (WSL) is excited to announce the schedule for the 2016/2017 WSL Big Wave Tour (BWT). This year’s schedule consists of some of the planet’s most perilous and unpredictable surf breaks, along with the new addition of Nazaré, Portugal, a spot infamous for delivering some of the heaviest waves in the world. For the first time ever, the 2016/2017 BWT Schedule will also include a Qualifying Series and a Women’s Championship event.

The WSL BWT events cover six unique potential venues, all anticipating waves in excess of 25-feet to run. Each venue will challenge 24 of the best big wave surfers on the planet to battle the elements and commit to riding the most harrowing waves across three continents. With Surfline as the global forecasting partner, event organizers have allocated the following windows and venues for the BWT events, only requiring one day of exceptional surf to run:

“Coming off of the heels of a remarkable Big Wave Tour season last year, the bar has been set for 2016/2017,” said Peter Mel, former BWT Champion and WSL BWT Commissioner. “This year’s schedule is designed to run as many events as possible in the largest surf on offer. We saw an unparalleled evolution in big wave surfing this past season. I am incredibly excited to see how that is applied to this upcoming year.”

“Going into the seventh year of the Big Wave Tour, it looks to be more exciting than ever with the addition of Nazaré, Portugal as a new venue,” Gary Linden, Founder and Vice President of the BWT, said. “Nazaré has been long considered a spot unaccessible to paddle-in-surfing, but those barriers have been broken and it is time for the true test, a Big Wave Event. Continuing the unfolding of the original Tour plan, this year will also feature a Women’s Championship event and the initiation of the the Big Wave Qualifying Circuit. The Big Wave Culture is alive and well.”

The 24 BWT QS competitors will consist of 6 event wildcards, the Top 8 point leaders from the 2015/2016 BWT final season rankings, 2 Performer of the Year wildcards, 6 BWT wildcards, and the Top 2 current QS ranking leaders. Along with the opportunity to qualify for the Big Wave Tour, the total prize money for each event will be $20,000.

The BWT Women’s Championship field will consist of the Top female athletes picked by the WSL Commissioner’s office for the first year, and then will follow a ratings system for selection each subsequent year. The total prize for the Women’s Challenge will be $30,000.

The BWT complements the WSL properties of the men’s and women’s Championship Tours, the Qualifying Series, Longboard and Junior Championships as well as the Big Wave Awards on April 23.