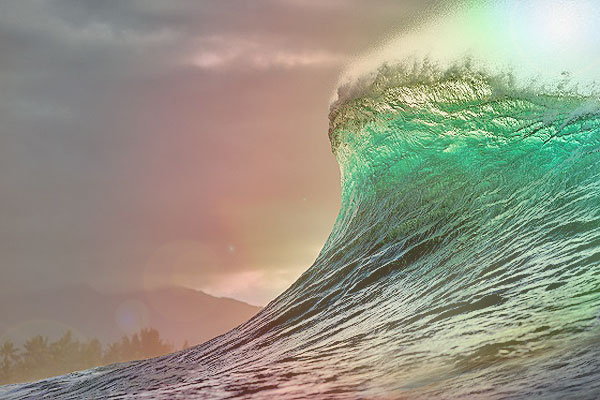 COOLANGATTA, Queensland/Australia (Tuesday, February 3, 2015): Professional surfing has grown a lot in my lifetime. It will continue to grow a lot. This is a good thing. It’s a culture and an activity that is constantly evolving and the sport should evolve alongside it. The last decade has seen a lot of change – most important, in my opinion, is the evolution of performance in competition, raising the bar to the super high level it’s at right now and making surfing the most exciting sport to watch on the planet. The DNA of our sport is celebrating the world’s best surfing and to achieve this, performance has to rule everything at every level.

The world’s best female surfers scored sensational waves throughout 2014 and their performances were off the charts. Women’s Commissioner Jessi Miley-Dyer did a fantastic job of committing the organization to quality venues and quality conditions and the results were obvious. Stephanie, Tyler, Sally and Carissa put on one of the most exciting title races in memory and Steph’s incredible performances en route to her sixth world title were inspirational. Women’s surfing is in a great place and this season is sure to be another barrier-breaking year.

Gabriel Medina… what an amazing year, and an awesome finish with his performance in the Pipe Masters, clinching the World Title and proving just how good he is. First Brazilian to claim the world crown. First 20-year-old to do so since Kelly in 1992. He is a truly deserving champion and has opened the door to an exciting new era of professional surfing. With Kelly still circling and putting on some mind-bending performances, Mick and Joel always in the hunt and John John, Jordy, Michel and Julian stepping up with wins last season, 2015 is poised to be an incredible year for surf fans.

The addition of the Big Wave Tour, under the guiding hand of Big Wave Commissioner Peter Mel and Founder Gary Linden, has been great for the sport. The 11th hour nature and commitment to excellence of everyone from the athletes to the staff to the broadcasters has been impressive to watch… we’ve seen great events in Peru and the Basque Country already with worthy winners in Makua Rothman and Nic Lamb. We’ll see what the remainder of the 2014/2015 season brings us with Peahi and Todos Santos on standby, as well as the Trials in Oregon.

On the men’s and women’s CT, we continue to bring in changes to improve the sport and elevate the performance level, from tweaks to our Priority rules to enhancements for our Judging systems. In 2015, all surfers in the elite CT events (Top 34 and Top 17, replacement and event wildcards) will receive points on the CT rankings, meaning that, effectively, a wildcard who surfs very well in a few events this season could qualify for the 2016 season.

The changes to the Qualifying Series (QS) this season are designed with this in mind. The objective is to create a strong development program and qualifying system for the next generations, always aiming to have the most talented surfers reach the CT level. It’s in this spirit, that I welcome Travis Logie to the Commissioner’s Office, in charge of QS and Juniors. Travis is a phenomenal surfer in his own right and his career has spanned all levels and regions of the WSL. He’ll be working closely with Al Hunt as we focus further on our development platforms in 2015 and beyond.

I want to thank Renato Hickel, who in 2014 reached his 25th year of commitment to the sport of professional surfing and has dedicated an enormous amount of passion and energy to making this a better place to be. Renato will continue working with us as a vital part of the Commissioner’s Office.

Finally, a huge thank you to our team – Paul Speaker and the WSL management team have been instrumental in ushering in this exciting era of professional surfing. I want to thank Jessi Miley-Dyer, Peter Mel, Renato Hickel, Al Hunt, Richie Porta, Pritamo Ahrendt, Davey Shipley and the rest of the judging team for their dedication to excellence.

Since my time on tour, I’ve been fortunate enough to pursue my passion for this fantastic sport and to have a hand in the development of the world’s best surfing.

Thank you to the fans, both old and new, that have supported us and I can assure you that everyone at the WSL – from the staff to the surfers to our commercial and media partners – is passionately committed to bringing you the best surfing on the planet.

Good luck to all of our surfers this year.