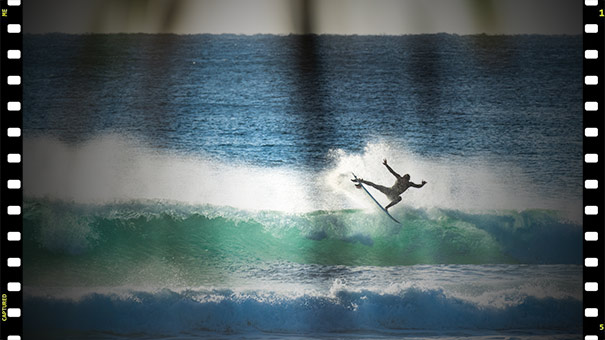 “No tour, no travel, what else can we do but make up our own Search trip?”

Postcards From Morgs is a ten day surf fest on the east coast of Australia with 3 x world champion, Mick Fanning, 2 x world champion, Tyler Wright, Owen Wright, Matt McGillivray, Molly Picklum, Mikey McDonagh and introducing Morgan Cibilic. With the WSL tour postponed and international travel halted, follow tour rookie Morgan Cibilic as he navigates 2020 and meets his heroes in an attempt to build his ultimate A-Team on the quest to join The Search.

“Postcards from Morgs is a pretty straightforward Aussie road trip I reckon. It’s Mick Fanning, Tyler Wright, Owen Wright, Matty McGillivray, Molly Picklum, and Mikey McDonagh surfing a bunch of East Coast points and beachies over a 10-day window. We spruiked up the action with a bit of acting like we’re in Home & Away which I’m pumped on and hopefully we get to make people laugh while all this other crappy shit is going on. It’s not autobiographical but it does kinda sum up the past few months of my life in a very exaggerated way.”

During his quest, Morgan meets up with Mick Fanning, heads to Byron Bay to see Owen Wright and Matt McGillvray and battles it out with Molly Picklum to confirm his spot on The Search.

“It was an amazing trip. We had barrels, big carve sections, sick air sections, and in those 10 days, we got a lot of really fun days of surf. It makes me laugh that my first Search trip was just outside my front door, but I wouldn’t change it for anything. I surfed with my all-time heroes. I surfed as much as I possibly could. And I walked away knowing that this is where I’m meant to be. The Search is what you make it.”

“As I once heard Hawaiian great Johnny Boy Gomes say: ‘DO SUMTING!’ Postcards From Morgs is that in a nutshell. It started with Covid 19 restrictions and having Mick and Owen and Tyler and Morgs and Matt here in Oz and available. So I called Blakey and said ‘What do you reckon mate? I’m sick of doing NUTTING!’ Blakey understands Rip Curl and always brings fun and irreverence to what we do. And you need independent eyes on your brand as sometimes you’re just too close to it on the inside. So him and brother Ronny got together on a script and Nick Pollet edited brilliantly – he knows us really well too – and the result is a film which just snowballed into being because, well, we did SUMTING! Congrats to the Cast and Crew who made it happen and what better way to intro the next Generation of Morgs and Matt and Molly and Mikey to the world than this? Morgs was brilliant, and Molly a breath of fresh air. And they even found Curren out in the ether to narrate!”

To read the full article and watch Postcards From Morgs head to RipCurl.com now.

Written and Directed by – Vaugh Blakey

Co-Directed and Edited by – Nick Pollet