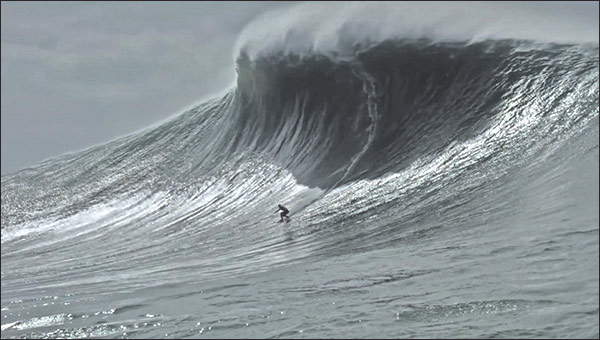 They are based on a report from scientists who use the word “approximate” in front of each of their statements
It is stipulated among other things that the size of the 2 surfers is approximately identicall, but this false (at + or – 10cm).
It is also stipulated that their two waves are approximately the same distance from the photographer and it is also false: These are two different peaks on the biggest beach break in the world.
They define the bottom of the wave of the other surfer about 2m below where the lip of the wave breaks
They also used images that were submitted after the deadline date. 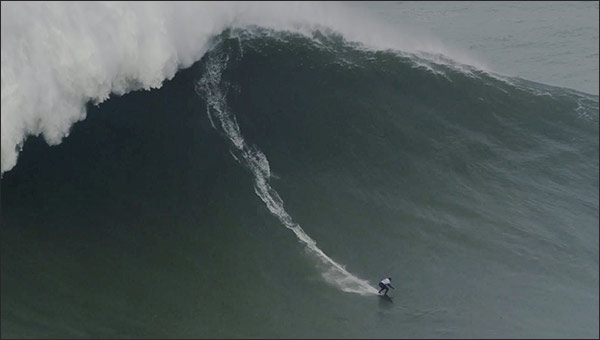 Maya Gabeira has not finished her wave. Photo: Miranda

For the wave of men they managed without scientists to give an exact height of 70ft. For women after postponing for 1 month the decision and consulting a dream team of scientists they come to the conclusion that the other girl’s wave is “approximately 2 or 3ft bigger”

Justine Dupont said: “At first I wanted to scream, then cry, but eventually I prefer to keep smiling and my head held high. I decided to smile about it even though I am deeply hurt to be subjected to a decision that I believe is totally unfair.
I’m especially disappointed and ashamed of this league which claims to represent our sport
They won’t take away the pride and pleasure I have in surfing those big waves
Thank you all for your messages. Thanks to the surf community and locals in Nazare for your support
I am surrounded by an incredible team and people, I am fortunate to be supported by partners who believe in me, I am aware of it and fulfilled.
The season is starting and I know that I can surf even bigger waves without waiting for any records from them.” 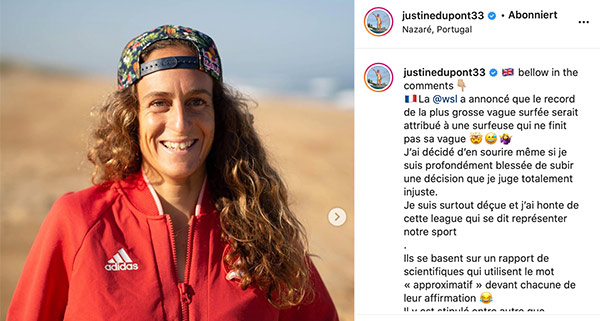