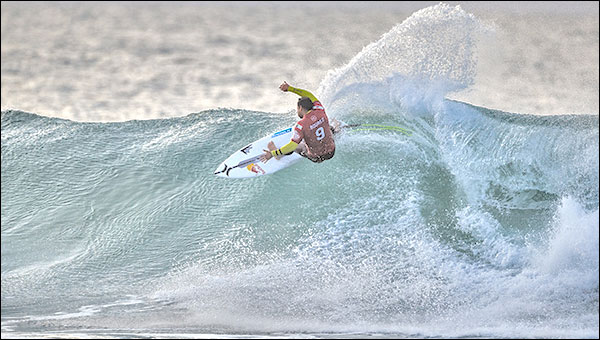 Los Angeles, California (Wednesday, July 24, 2019): Today marks one year to go until surfing makes its Olympic debut in Tokyo and the world’s best surfers are halfway through the 2019 World Surf League (WSL) Championship Tour (CT) and their journey to qualify. To celebrate the countdown to the Olympic Games Tokyo 2020 the WSL has launched worldsurfleague.com/2020 where fans can follow the qualification race and see the rankings.

“Surfing is a truly global sport and it’s fantastic to see it included in the Olympic Games,” said Pat O’Connell, WSL Head of Competition and SVP of Tours and Events. “The surfers are genuinely excited about representing their countries on such a prestigious stage and I think it will provide the Games with an important and exciting new dimension in 2020 and beyond.”

The CT is the elite year-long tour that crowns the men’s and women’s surfing World Champions each season and 2019 is also the primary qualifier for the Olympic Games. Stop No. 6 on the tour, the Corona Open J-Bay, has just wrapped up in South Africa and there are now just five events remaining on the men’s tour and four on the women’s, so the race is on.

Following the final CT events of 2019 (the Hawaii Pro and Billabong Pipe Masters), the world rankings will determine the first 18 eligible Olympic qualifiers (10 men and 8 women), subject to all qualified surfers meeting the ISA’s and IOC’s eligibility requirements and being selected by their respective National Olympic Committee.

There is a maximum of two men and two women for each country that can qualify so this year’s CT sees surfers not only battle for the World Title and requalification but also to finish as one of the top two ranked surfers from their nation.

The remaining 22 places will be determined at the 2019 and 2020 ISA World Surfing Games, the 2019 Pan American Games in Lima, and a single slot (each for men and women) for the host nation, Japan.

Based on today’s standings, the following 18 athletes would qualify to compete in the Olympic Games Tokyo 2020:

Go to WorldSurfLeague.com/2020.com For More