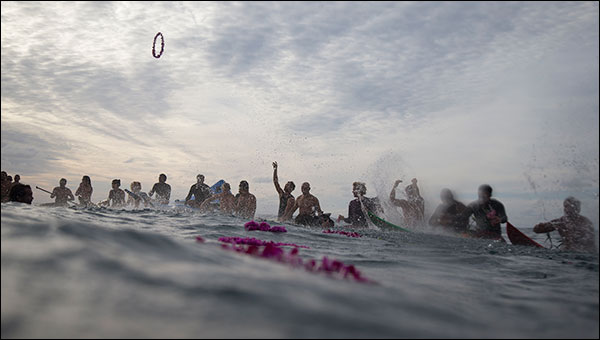 North Shore, Oahu, Hawaii (Monday, October 31, 2016) – As reported by the Aikau family, the Quiksilver In Memory of Eddie Aikau Big Wave Invitational, a World Surf League (WSL) Specialty-sanctioned big wave event at Waimea Bay, will no longer exist in its traditional capacity. Quiksilver had every intent of continuing to run the event it created 31 years ago in partnership with the Aikau family, but Quiksilver’s multiple offers of substantially increased monetary support for future events were declined by agents of the Aikau family over months of negotiations.

“Quiksilver and the Aikau family have partnered on this special event since its inception in 1985,” said Garry Wall, Quiksilver Global Brand Leader. “It has honored surfing heroes such as Denton Miyamura, Clyde Aikau, Keone Downing, Noah Johnson, Ross Clarke-Jones, Kelly Slater, Bruce Irons, Greg Long and John John Florence—not only world-class watermen, but human beings who embody the spirit of Eddie himself. It was Quiksilver’s sincere hope to continue growing its investment in The Eddie and in the community, and Quiksilver was prepared to commit to a long-term sponsorship of the event. But ultimately, an agreement could not be reached with the new representatives managing the event for the Aikaus.”

Beginning in 1985, the Quiksilver In Memory of Eddie Aikau event was an invite-only big-wave event that took place at Waimea Bay on the North Shore of Oahu, where the late Eddie Aikau served as the North Shore’s first lifeguard. Opting only to run when conditions reach the 20-foot-plus range (Hawaiian scale – 40-50 ft faces), The Eddie has only run nine times in its 30-year history. As a WSL Speciality-sanctioned big wave event, The Eddie drew a prestigious cross-section of the world’s finest watermen, including competitors from the elite WSL Championship Tour (CT).

“The WSL has tremendous respect for the Aikau family, the legacy of Eddie himself, and the importance of the event in surf and Hawaiian culture,” said Paul Speaker, WSL CEO. “Quiksilver has been a phenomenal supporter of the event, the Aikau family, and Eddie’s legacy and it is disappointing that this partnership may be coming to an end. That said, the WSL wishes the Aikau family nothing but future success and our support as it potentially begins the next chapter on this event.”

Out of its deep respect for Hawaiian heritage and the memory of Eddie, Quiksilver is offering to give the Aikau family its permit to run the event for the 2016-2017 season. “As a company, we have always supported the spirit and culture of the Hawaiian people, of The Eddie, and of the Aikau family”, said Pierre Agnes, Chief Executive Officer of Quiksilver. “As a gesture of our respect and support we are happy to give our permit to run the event in 2016-2017 to the Aikau family, should the City of Honolulu allow it, and stand by to run the event with the family if they so choose. It is our most heartfelt wish to see the tradition of The Eddie carried on without interruption.”