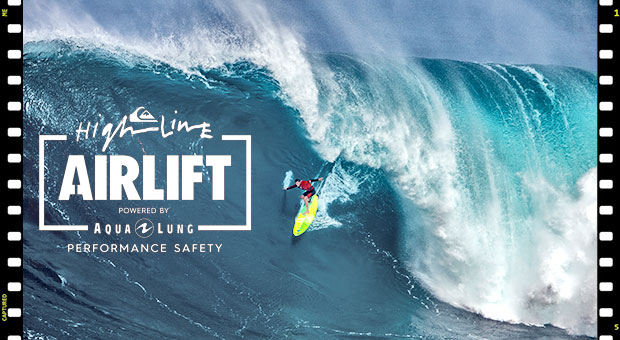 A new generation of big wave riding demands new innovations in water safety. To meet the needs of athletes around the world, Quiksilver developed the Quiksilver Highline Airlift in atable vest. Created in collaboration with Aqua Lung, a world leader in SCUBA equipment, this game- changing product is designed to improve personal safety in tough conditions.

When activated, the vest utilizes carbon dioxide cartridges to bring the user toward the surface of the water. To activate the cartridges, the Airlift features pull tabs placed in ergonomic locations on the chest. Designed with versatility in mind, the Airlift can be worn over the top of a wetsuit or as a standalone vest. This allows the user to improve their safety in di erent water temperatures. Crafted with Quiksilver’s best-in-class FN’lite neoprene, Airlift has been tested to maintain its form and t during repeated in ation cycles.

The Airlift has been tested by some of the world’s greatest watermen and athletes.

Big Wave legend Jamie Mitchell confirms “From wearing a set on the head at Nazaré to taking o late at Maverick’s, these vests are made to help you in a range of situations you may face as a big wave rider.”

Marvericks charger Peter Mel adds: “In big surf, it’s great to know that you have a product like this to help you get to the surface — especially in a situation where you’re injured.”

“The Airlift has given my mind and body space to prepare for the challenge and calmed my deeper response to being caught inside or taking gas. This element alone – being con dent under pressure – will no doubt help big wave riders reach out into the unknown with an empowering feeling of support.”, says former world champion Tom Carroll.

The Airlift is available beginning October 15, 2017 at select retail outlets worldwide. While the vest is a huge step in making the world’s heaviest lineups safer, it will never replace skill and preparation in big waves. To ensure customer education and safety, an individual consultation with a specially trained safety agent in store will be mandatory in order to purchase the Airlift. 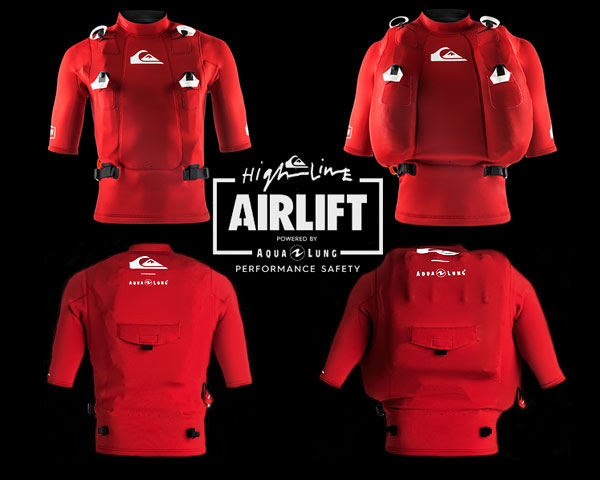 Go to the Quiksilver Online Store