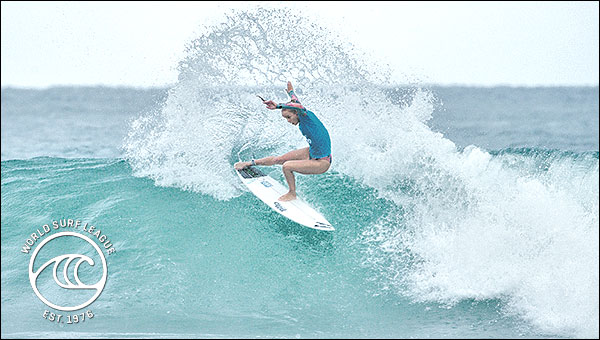 Banzai Pipeline, Oahu/Hawaii (Monday, December 23, 2019) – The 2019 World Surf League (WSL) Championship Tour (CT) season has come to a close with Carissa Moore (HAW) claiming a fourth World Title and Italo Ferriera (BRA) earning his first, and the elite class of surfers has been set for 2020.
The 2020 men’s Championship Tour class will be contested by the WSL Top 34, made up of the Top 22 finishers on the 2019 CT Jeep Leaderboard, the Top 10 finishers on the 2019 Qualifying Series (QS), and two WSL wildcards.

“We have a unique situation with the WSL men’s wildcards for the 2020 season,” Pat O’Connell, SVP of Tours and Competition, said. “After reviewing our criteria, as well as the independent medical board assessments, we believe both Leonardo Fioravanti and Mikey Wright have equitable cases for the second 2020 wildcard. After working with our event partners and speaking to both surfers, we have arranged for both Leo and Mikey to compete in the first three CT events of 2020 – Gold Coast, Bells Beach, and Margaret River. The surfer who finishes highest on the rankings across that opening Australian leg will receive the second WSL wildcard for the remainder of the 2020 season.”
The 2020 elite women’s CT class will be contested by the WSL Top 17, made up of the Top 10 finishers on the 2019 CT Jeep Leaderboard, the Top 6 finishers on the 2019 Qualifying Series (QS) and one WSL wildcard.

The 2020 Championship Tour starts in late March and runs until December. This is a year-long, multi-stage tour that tests the world’s best surfers in a variety of different waves and conditions.

Surfing will make its Olympic debut in Tokyo in 2020 and the 2019 WSL CT was a crucial qualification pathway for the world’s best surfers. Following the conclusion of the 2019 season, the WSL rankings have determined the first 18 eligible athletes to qualify for the Tokyo 2020 Olympic Games, subject to all qualified surfers meeting the ISA’s and IOC’s eligibility requirements and being selected by their respective National Olympic Committee.